Based on your many years of experience in the subsea cable industry, what are some of the most prevalent trends? What disruptive trends might affect your operations in the future?

The industry has seen a move away from Carrier Consortia towards smaller private consortium models, with one or two carriers. A number of ‘traditional’ system investors have moved to an asset light model, especially those based in Europe, where hyper-competition in home markets has forced a re-focus. On technology, open systems with more fibre pairs per cable (following a fibre pair investment unit model) are now the norm – they are simple to establish, straightforward to operate and allow quick decision making and flexibility. These changes support our move into offering professional services that range from the planning and design phase of a new cable project, to being the landing party through to operating the cable system to a fully outsourced model on behalf of the investors.

You recently stated that different elements in the supply chain have had different levels of innovation. What new opportunities in technology today would you like to utilize the most?

By way of example, repeater housing design has remained static for a few decades, with the exception of some new contender designs; more innovation is needed to create larger bodies with more compact amplification designs.  Also, vessel service life and relative infrequent new building has meant that we largely use the same techniques as ever for laying the cable; accuracy is better, but apart from surveying (with autonomous vessels) the model is still highly weather and people dependent.

The forecasted annual traffic growth for the Trans-Atlantic market in 2020 is an impressive 50%. How does Aqua Comms plan to capitalize on this growth?

Aqua Comms owns/operates two strong Atlantic routes; AEC-1 and AEC-2, we have started the process of enabling AEC-3 (more details to come throughout next year) and have plans in place for a possible AEC-4.  The huge growth rates and general market growth support a small number of independent players in this sector and we strive to be the best in both efficiency, route diversity and quality in the North Atlantic market.

In an earlier virtual roundtable, Aqua Comms directly addressed the challenges affecting telecoms during the coronavirus pandemic. Can you brief us on the main content of the roundtable? What alternative solutions have you proposed to cope in these challenging times?

Aqua Comms established from the outset as an organization able to operate efficiently in a multi-remote scenario.  Our model combines the decades and decades of experience of our executive and management teams, with flexibility and efficiency of automation, outsourcing and remote management enablers.  We designed an organization and processes that support this, with no dependency on physical location, time zone or specific human resource.  This meant our response to the pandemic was just another simple step in this model – we did have a headquarters office, but less than 50% of the company worked there weekly.  All our team have home-office capability and we have a wide range of tools to ensure connectivity and connected-ness internally within our team, with our support partners in technology and remote activity roles and with our customers and partners.  We were able to expedite orders and deliver multiple terabits of capacity during the main lockdown period in record time to service urgent market needs using this remote-capable, efficient operating model.

How has COVID-19 affected the subsea cable industry in general? What is the economic impact of delays in deployment?

For projects in final implementation stages (cable in ships, being laid) delays have been minimal with some inevitable disruption due to quarantine routines which has affected crew changeovers.   For projects in manufacturing stages, these seem to have seen delays due to factories closing during harsh lockdown periods but are maybe only delayed by a few months.  Projects which are in the early phases have made some progress, but physical location visits and planning for shore activity has obviously been affected. The unknowns are the projects that are aiming to get to a contractual close – typically these involve many multi-faceted whole group meetings, which have not been easy to hold virtually, to bring all factors to a conclusion so we may expect a quarter delay in this area.  By and large, the industry and our sub-sector seem to have fared very much better than many other sectors (transport, leisure, hospitality, etc.) because internet access is all the more crucial in a remote world, as caused by the pandemic.

Your North Atlantic loop offers an array of diverse services between the US and Northern Europe. Can you tell us more about the services offered with the loop and the benefits that each service yields?

The North Atlantic Loop offers connectivity services, typically 10G and 100G wavelengths, with 400G waves on the horizon, between multiple locations in the US and Northern Europe. This includes core routes such as New York to London, New York to Dublin but also now connecting New York and New Jersey to Denmark, as well connecting Ireland to the UK and Denmark on new, diverse and unique routes. These routes support the major data centre and traffic hubs across the US, the UK, Ireland and the Nordics, all of which are seeing significant growth from the content, cloud and carrier businesses.

Aqua Comms has maintained a presence in recent industry events – as seen from your participation in Subsea World. What significant insights have you gained and how did you apply them?

As previously mentioned, it’s been gratifying to see that many of our colleagues in other companies are also coping with a remote world well, our sector is generally buoyant based on a realization that connectivity is even more important in a pandemic.  It’s been interesting to see different approaches – some companies who have enormous headcount, generally focused in many large offices, have completely reversed their policies and expect homeworking to be the new normal for them – others are aiming to go back towards an office environment more quickly.  These changes and policies need to be supported as a cultural transition, as the physical set-up often dictates how things are done culturally in such cases.  Because we established ourselves with the goal of being multi-country, a remote working enterprise with a flat structure and rapid decision lines, we have that cultural trait embedded in our core.  One other change likely is that our cooperative culture – enabling many parties to come together to build these large infrastructure projects – is also going to have to modify because the reliance on physically meeting each other a few times a year in far-off destinations is certainly suspended for the next half-year or so (still), and may never return to the way it was in the past.  The longer we operate (and cooperate) successfully in a remote model, the less likely that the past model will return to the same extent.

Your flagship product is FOCUS – Fibre Optics Cables Under the Sea. How has your product developed over the years? In what ways do you expect to see it grow in the future?

This strapline is more our philosophy, than a product in itself.  Fiber Optic Cables Under the Sea. It signifies that we choose to focus on a specific segment/layer of the telecommunications industry – that of undersea fibre optic cables, connecting countries.  We don’t focus on terrestrial fibre infrastructure, we only obtain what we need from others, to connect the sea landings to the major cities and distribution hubs.  We don’t sell any IP services, telephony services or services below a pure transport capacity.  We believe in being the very best at the very specific thing that we choose to do and never competing with our customers.

What are the implications of having Aqua Comms now directly available at 1025Connect’s colocation facility?

We have had presence at 1025 for a couple of years as a pass-through location on our backhaul towards New York.  As major users start to move away from Manhattan as a service location, we have augmented and substantiated our presence there, given its proximity to multiple cable landings, no MRC cross-connect model and carrier-neutral status.

What are the implications of installing SMART cables? Do you think they are the future?

The SMART cable initiative is intended to gather some basic situational data from telecommunciations cable systems (temp and pressure at amplifier housings), along with derived information (vibrational analysis due to subsea earthquakes/sea level changes) inherent in the optical signals and structure of the cable to provide long-term measurement of such items for the scientific and governmental institutes. This enables one to better understand ocean parameters, enabling better prediction and notification of major events (tsunami/earthquakes) and better modelling of our changing climate and oceanic activity.  As with any new technology in submarine, this will require demonstrator projects (some of which have started), development and standardization of new sensors and adoption of the requirement by the operator and developer community.

Many predict that the future of Subsea cable deployment will be taken over by tech giants such as Facebook and Google. What are your thoughts on this projection? And what would that mean for Aqua Comms?

Throughout my career it has been apparent that the people who need submarine cables most are the people who then get together to develop and build them. It was voice cables in the 80-90’s, so the PTTs were the dominant force in building. Later in the 90’s, it was for data and internet, and private companies consolidated and aggregated demand to build systems.  Then, larger ISPs (L3, GX, etc.) also built their own private cables whilst the PTT/Carrier consortia lessened. The 2010-20’s sees large private companies building for their own needs (same as during the 2000’s) but alongside some private developers (like ourselves) who aggregate smaller demands together with those carriers with large infrastructures.  So my answer would be that those with the biggest need for capacity will always look to build at an infrastructure level for best cost, and there will always be space for those, like Aqua Comms, who choose to FOCUS on serving the needs of the rest of the market. 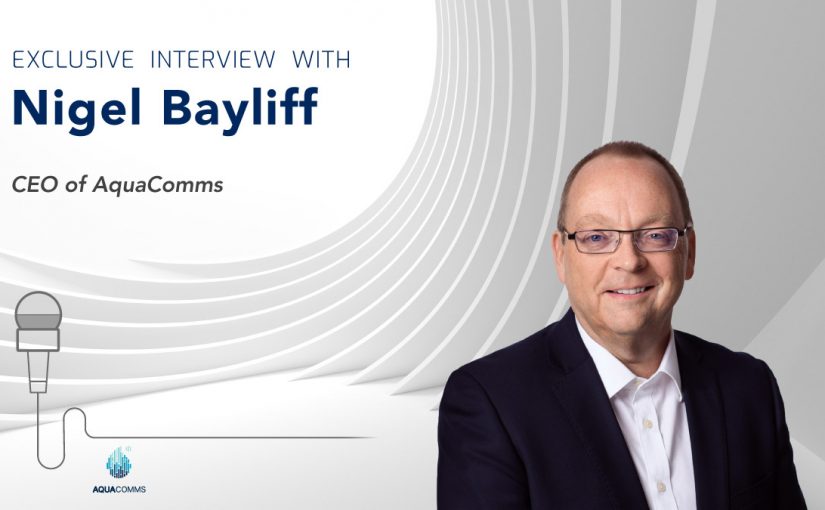