This anticipated growth is staggering. The industry is addressing this growth through new subsea cables, which will serve as the infrastructure to carry all of this traffic. Let’s take a closer look at one such subsea cable operator, Aqua Comms DAC. A new era of cable building on the Atlantic was marked with the launch of Aqua Comms’ America-Europe Connect 1 (AEConnect -1) cable, which runs from Shirley, New York, to Killala, County Mayo, in the far western reaches of Ireland. Designed for resilience, the cable has dual, diverse backhauls through Dublin and then travels on to London.

Nigel Bayliff, CEO for Aqua Comms and a longtime industry leader, commented, “Fifteen years ago, there were seven to eight cables that were built, and those cables were part of a massive oversupply to the requirements of the day. Pricing for the building of cables shot through the roof.”

While this left an oversupply in the market, all of that is coming to an end due to the massive amounts of bandwidth demands and requirements of enterprises, carriers, Over-the-Top (OTT) providers, financial firms, government entities and other high capacity organizations.

Older cable systems typically have a technical life of about 25 years and according to Bayliff, there are many reasons why these cables will start retiring and new cable systems will replace them.

“When economic opportunity came along for Aqua Comms, we jumped on it and worked with partners such as Facebook, Google, and Bulk,” commented Bayliff. “OTTs have massive requirements between a couple of points across an ocean and are leveraging private network links – not public telecom networks.”

As Bayliff explained, these OTT providers are now taking advantage of ownership grade economics since the technology now allows them to increase the capacity on the fiber pair.

In demonstration of that new model, Aqua Comms announced earlier this year that it is part of the consortium of the new HAVFRUE cable system, which traverses the North Atlantic to connect mainland Northern Europe to the U.S. Aqua Comms is the appointed system operator and landing party in the U.S., Ireland, and Denmark, and the company will market and sell capacity services and raw spectrum on its portion of the HAVFRUE cable system under the brand name America Europe Connect-2 (AEC-2).

When the latest upgrade of cable systems was completed nearly 20 years ago, smartphones barely existed. It is important for bandwidth players to have enough redundancy built across these cable systems to support their massive bandwidth needs.

Just one example is Facebook Live, which broadcasts content immediately so that someone who wants to share their child’s birthday party with a loved one on another continent can do so in real time. The live nature of the traffic requires bandwidth paths that can carry that content quickly and reliably. There are millions of users across the globe who need enormous amounts of live capacity.

In contrast, Netflix doesn’t necessarily need to run a fiber pair across the Atlantic because the content goes out to many caches first. So whether a user is seeking connectivity to support Facetime, making a What’s App video or getting sights, smells and sounds from an Augmented Virtual Reality application, much more bandwidth is required. Even if the application requires a minute amount of data, the data must flow constantly in order for the application to work properly.

“The industry is at a critical and very interesting juncture,” commented Gil Santaliz, the Founder and CEO of NJFX.  “NJFX serves as a physical North American subsea communication hub for subsea cables from South America and Europe. Our location at the Cable Landing Stations is a win for carriers, OTTs, and service providers who need a carrier-neutral interconnection point. Not only can they reduce costs but create economies of scale – all which pave the way for even more growth and innovation.”

Innovative providers like Aqua Comms look where there are private cables and bring together more value to deliver a conjoined solution. As Bayliff commented, the company is “very good at building cables and doesn’t want to be all things to all people. We are seeking to be the best that we can be.”

As a true carriers’ carrier, Aqua Comms doesn’t sell to enterprises or end-users. “We sell to carriers, ISPs and content providers,” Bayliff added, “all with a very focused and experienced senior-level team.” 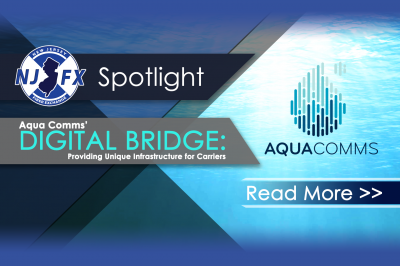 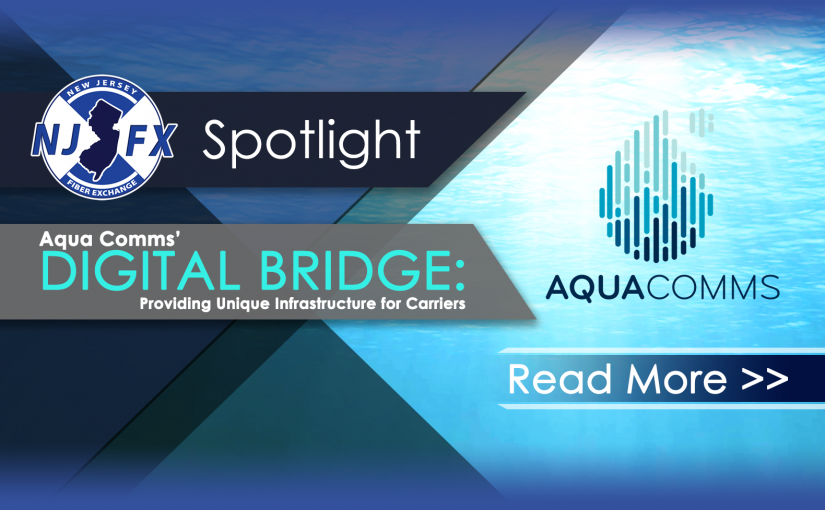