The Connectivity across the Atlantic

Nigel Bayliff, CEO of Aqua Comms, is a global telecom industry veteran with 25-plus years’ experience. He has been an advisor and consultant to cable development, private equity and government clients, and Vice-Chairman of the United Nations Joint Task Force that examined the gathering of disaster mitigation and climate information from the global web of undersea cable systems. Mr. Bayliff also served as CEO and board member of Huawei Marine Networks, where he introduced several major, technological advances into the marketplace. Previously, he was a member of the executive team of FLAG Telecom where he was an officer and deputy chairman for several group companies, and was responsible for the construction and operation of the FLAG Global Network, which encompasses 65,000 km of submarine cable systems and provides carrier-grade connectivity services to 40 countries. In 2006, he was elected as a Fellow of the UK Institute of Engineering Technology.

The first subsea cable system across the Atlantic was put in place 162 years ago on August 16, 1858. It went from Newfoundland, Canada to Valentia Island in Western Ireland. This route was chosen as the shortest route with the least amount of shallow water. Both factors remain important factors today: shortest path to ensure low latency; minimal shallow water to reduce risk of an outage on the cable from anchors, fishing boats etc. The cable itself was a Trans-Atlantic telegraph cable that reduced communication times between North America and Europe from seven days (the time it took for a ship to cross the Atlantic) to just a few minutes. This revolutionized how stock prices were communicated between stock exchanges, for example, these served as data centers of the 19th century.

Today, there are more than 350 subsea cables in service around the world and more than 16 Trans-Atlantic cables. The majority of these cables are aging, built around the turn of the Century, and therefore reaching end of life which is typically around 25 years from RFS. Only three are deemed new where these have been put into service since 2015—where new not only refers to age but also technical capability to deliver multiples more capacity per fibre pair than those built circa 20 years ago, and with higher fibre pairs per cable.

The projected annual traffic growth for the Trans-Atlantic market in 2020 is approximately 50%. Forecasts predict that annual Trans-Atlantic growth is going to slow down to 25% a year by 2035. This might seem like a significant slow down. However, over the period, the traffic volumes will grow to 40 Petabits per second versus the current 700 Terabits p/sec. This is massive. With current manufacturing of marine cable at about 150,000 km per year, the need for advancements are evident—to help quantify this, to meet demand with 16 fibre pair systems, this volume will require 28 new cables by 2035.

Where is this demand coming from? Hyperscalers are the biggest users of capacity in their drive to connect their cloud centres—they are also now the biggest builders. There are many well debated downsides to this situation but one upside is that their questioning of ‘why’ things are done a certain way is driving innovation and supporting the technology shift to higher fibre counts and higher capacity per fibre. Fibre pairs on the new systems are delivering close to 30 Terabits per pair—enough to transfer a 1 GB movie in 30 microseconds—with up to 12 Fibre Pairs per cable. Cables being planned now will be built with 16 Fibre Pairs, with plans to move to this 24 pairs and beyond. 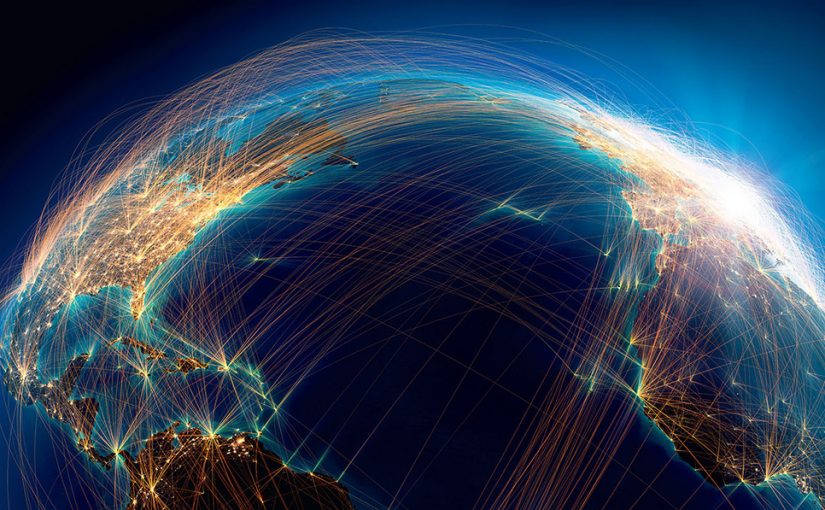