Aqua Comms, the independent carriers’ carrier and the owner-operator of five subsea cables will be launching its North Atlantic Loop in the second half of 2020.

The North Atlantic Loop will comprise of two major Trans-Atlantic cables and three regional cables to bring to the market diverse, resilient and uniquely routed subsea cables. These will combine to deliver enhanced capacity services to the North Atlantic markets of the US, through to Ireland, the UK and the Nordics – all with diverse routing and landings.

This new offering will provide critical infrastructure to key data centre markets as well as the major telecoms markets within the east coast of the US and western Europe.

Two of the 5 cable systems in play are:

Three new cable systems are expected to go live in 2020: 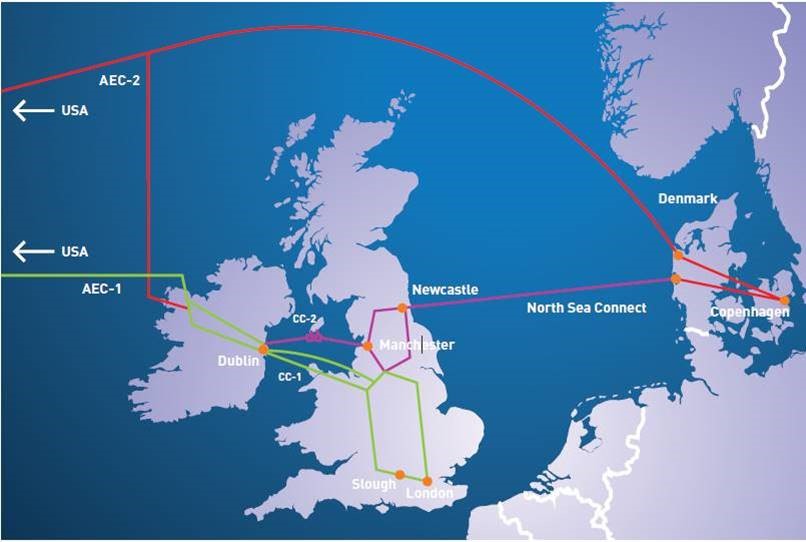 AEC-2 will be the first new Trans-Atlantic cable to land in Denmark (Blaabjerg) in nearly 20 years – since TAT-14, a cable which is due to be retired in December 2020. On the US side, AEC-2 lands in NJFX in Wall, New Jersey – an industry-leading carrier-neutral cable landing station (CLS) campus and Tier 3 data centre. AEC-2 will also branch into Ireland (Old Head), a diverse landing to the existing AEC-1 landing Killala, before routing on to Dublin. This new cable therefore offers route diversity from end to end, and will deliver secure, modern subsea cable capability from the US to the Nordics, Ireland and the UK.

CC-2 will be Aqua Comms’ second unrepeated cable across the Irish Sea, running from Clonshaugh, Dublin via the CLS in Loughshinny, to Blackpool, UK. CC-2 will offer multiple fibre pairs on a brand new route, again designed to deliver secure and reliable services between Ireland and the UK. CC-2 will partner with CC-1 to deliver diversity and resilience between the UK and Ireland as part of the North Atlantic Loop.

NSC will connect Denmark (Houstrup) to the UK across the North Sea to the Stellium carrier neutral data centre in Newcastle, UK. Its Danish landing will connect through a terrestrial fibre link to Blaabjerg as part of the North Atlantic Loop whilst also providing diversity of landings for NSC and AEC-2. 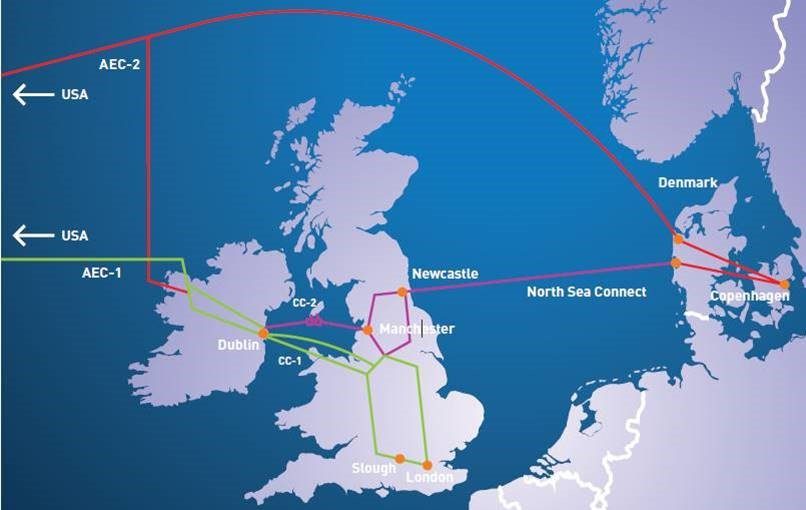