The Aqua Comms team consists of some of the industry’s most experienced executives, all of whom are focused on developing and delivering state-of-the art subsea network solutions

At Aqua Comms, we are always striving to become better and improve our performance. We are a very small firm in terms of staff, yet we manage a global asset that stretches 6,000 kilometres across the Atlantic. Meeting our Service SLA is paramount to our success. Delivering against our promise means we continually review our people, skills, competencies, processes, security and operational systems, as well as the performance of the network and landing stations. We are always focusing on our investment of new projects to ensure optimum customer experience, improved availability and system augmentation, driving cohesive and best-in-class operations. We are completely aligned in what we do. We build the cable, we operationalize it, put it into our model, sell it, and operate it. And we do that very efficiently. With a small team, highly efficient operating model and a focused attention on our business, we can take that model around the world where we invest and produce a valuable infrastructure for countries, continents and companies to allow them to build the underlying layer of the internet.

Nigel Bayliff, CEO of Aqua Comms, is a global telecom industry veteran with more than 30 years experience as both operator, purchaser, developer and constructor of significant submarine cable systems. His unique global experience from both sides of the industry has led him to be an advisor and consultant to cable development, private equity and government clients.

Nigel previously served as the initial CEO and board member of Huawei Marine Networks, presiding over several major, technological product advances as well as its commercial launch into the marketplace. Prior to this, he was a member of the executive team of FLAG Telecom working as director and deputy chairman for several group companies and was responsible for the construction and operation of the FLAG Global Network, encompassing 65,000 km of submarine cable systems providing carrier-grade connectivity services to 40 countries.

Nigel serves as Vice-Chairman of the United Nations Joint Task Force that examines the gathering of disaster mitigation and climate information from the global web of undersea cable assets. In 2006 he was elected as a Fellow of the UK Institute of Engineering Technology. 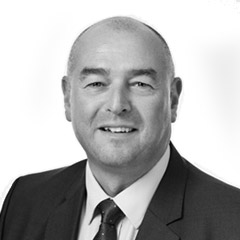 Andy is Chief Network Officer at Aqua Comms. He was appointed to this position in June 2017 and since joining has made a massive impact, leading all aspects of Aqua Comms’ global operations and engineering. Most recently, Andy held the position of COO at Bermuda Telephone Company (BTC) where he held operational responsibility for network planning, field operations, NMC, SOC, and IT, along with customer care, Sales and Marketing. Andy has more than three decades of experience in the national and international arena, optimising mobile, fixed and subsea operations. Prior to his role at BTC, he was Managing Director of Network Rail Telecom. Under Andy’s leadership he developed services for both critical national infrastructure and the commercialisation of the network, developing a single, unified telecoms organisation focused on improving service availability and customer satisfaction, among other activities. Andy has held other positions, such as Global Vice President, Field Operations, and Infrastructure Engineering at Interoute Communications, as well as Senior Operational responsibilities at BTC where he oversaw operations of the incumbent driving transformation and digitisation of the network. He also spent considerable time as a senior leader at Ebone/GTS and BT. A telecommunications industry veteran, throughout his career he has sustained full operational and managerial responsibility. 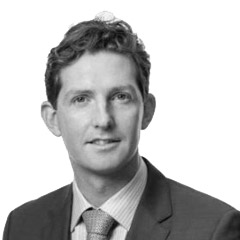 Kevin is Chief Financial Officer at Aqua Comms and is responsible for managing all financial operations as well as tax and treasury. Kevin joined the company in April 2017, having previously acted as CFO for Cable & Wireless Barbados (trading as Flow Barbados), a Liberty Global Company. He has worked extensively in the telecommunications industry and his wealth of experience extends to Fixed Voice, Carrier/Interconnect, Mobile, Internet and Television. Since 2014, he has held various roles at Cable & Wireless, including CFO, Barbados, CFO Cayman Islands, and Finance Director, Carrier Services. Kevin also served as a Board Member for CWC Insurance Ltd. Between 2009 and 2013, he was based in Luxembourg at the inception of Vodafone’s centralised roaming hub, with responsibility for finance operations, and commercial finance. This was following his role at Digicel Group Jamaica as Financial Reporting Manager. Kevin began his career at Deloitte on the graduate recruitment programme. He is a fellow of Chartered Accountants Ireland (ICAI) and holds a B.Comm. from University College Dublin (UCD), and an M.Acc. from the UCD Michael Smurfit Graduate School of Business. He also holds a diploma in Corporate Finance and is a certified PRINCE 2 project manager. Kevin has extensive experience in all aspects financial planning, systems and processes. 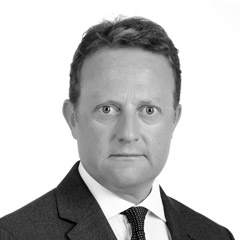 Chris is Chief Commercial Officer at Aqua Comms. Chris has more than 25 years’ experience in the Telecoms sector. Previously, he was Director, Global Wholesale Solutions at Colt where he focused on large infrastructure opportunities as well as supporting Colt’s customers in delivering cost-effective, world class solutions. Prior to joining Colt, Chris worked predominantly in the submarine cable business as well as with service providers, network and component manufacturers and most recently with a major global terrestrial network operator. His experience covers both working internationally including running the Middle East and Africa business for Global Cloud Xchange (formerly FLAG Telecom and Reliance Globalcom) and successfully working in senior management roles across multiple functions including Sales, Marketing, Pricing, Finance and Business Development. As an experienced member of executive leadership teams and as a Chartered Management Accountant, Chris has successfully delivered on complex and varied business plans in both mature and emerging markets.

Sandra is General Counsel at Aqua Comms and brings experience working with both indigenous and multinational companies on global technology, engineering and telecommunications projects. Sandra has held previous international roles as Group Legal Director at global engineering solutions company, Actavo Group, and at BAE Systems as Head of Legal – Applied Intelligence NetReveal.  Sandra is a qualified solicitor and has an LL.B from Trinity College Dublin, and an LL.M (Computers and Law) from Queens University Belfast.

Talk to us today about Our Products & Services

Do you have any questions or comments? Why not get in touch with us today.